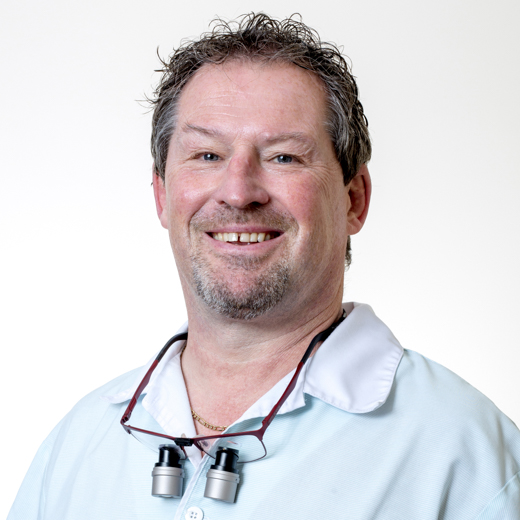 Keith Jackson left his native Northern Ireland in 1980 to commence his study of Dentistry at Newcastle University, completing his degree in 1985, taking with him as well very happy memories of his time in the North East.

After this four year period of post-graduate study, he became a Fellow of the Royal College of Physicians and Surgeons of Glasgow. Keith began his practice career as an associate at The Riversdale Dental Practice in Gainsborough and had the opportunity two years later to buy the practice from the existing owner who was heading back to the Emerald isle.

In 1996 he established a referral-based orthodontic practice in Doncaster, a natural development as he has always thoroughly enjoyed orthodontics. His knowledge and skills in orthodontics had through years of study and experience, developed to a level where he felt confident in accepting referrals for a whole range of malocclusions, from the straightforward to the extremely challenging.

He was accepted onto the Specialist Register for Orthodontics in 2001. As part of the continued development of his knowledge and skills in other fields of dentistry Keith completed the highly regarded year-long Cosmetic Dentistry course in London, provided by Dr Christopher Orr.

His most recent challenge was to design and see through to completion a £1.2m purpose-built dental facility that would provide the highest standards of Dentistry, in the best possible environment.

Keith is now also a Clinical Teacher in Restorative Dentistry at The Charles Clifford Dental Hospital. He is also ‘Clearstep’ and ‘Invisalign’ accredited.